Home/Articles/What are cannabis terpenes and how do they affect me?/

What are cannabis terpenes and how do they affect me?

What are cannabis terpenes?

Terpenes are tiny aromatic compounds naturally produced by cannabis plants. They are usually secreted in the form of aromatic oils by mature cannabis plants, in the same glands that produce cannabinoids such as CBD and THC.

Even though terpenes are commonly associated with cannabis, they are found in many other plants and flowers. When you experience the citrusy scent of lemon rind, the distinct smell of lavender, or the spicy characteristics of black pepper - it’s all due to the terpenes present on the plants.

"Different cannabis strains can contain a combination of various terpenes, creating their unique flavours and aromas"

There are currently over 100 different terpenes identified in the cannabis plant, each with a unique name and distinctive attributes. For example, limonene is a terpene commonly found on citrus fruit peels but is also prominent in cannabis. Different cannabis strains can contain a combination of various terpenes, creating their unique flavours and aromas.

Apart from providing cannabis plants with their unique scent and taste, terpenes are also known to alter the overall effects of a particular strain. When terpenes are consumed together with other cannabis molecules such as cannabinoids, they can either enhance or suppress one another’s effects - depending on the combination present within the particular strain. This phenomenon is often referred to as the “entourage effect”[1].

Why does the cannabis plant produce terpenes?

Terpenes are naturally produced by a wide variety of plants to repel from pests, predators and to attract pollinators. Just as the natural smell of lavender is known to repel mosquitoes and flies, cannabis plants have evolved to contain various terpenes for similar purposes.

Different climates and growing conditions can impact the development of terpenes, with some cannabis strains having a higher concentration of particular terpenes.

Whilst there are over 20,000 terpenes found occurring in various plants and flowers, only a small portion has been identified in the cannabis plant. Further to that, only a handful of terpenes in cannabis are found in high concentrations. These prominent terpenes can have varying aromas, boiling points, effects and therapeutic properties when consumed.

As discussed earlier, terpenes can enhance the overall effect of cannabis when used in conjunction with cannabinoids. This is also known as the “entourage effect”. The term is generally used to describe the potential synergies between cannabinoids such as THC and CBD, other minor cannabinoids and terpenes.

Throughout history, essential oils such as lavender oil have been used to promote a sense of calm and used in many forms of natural therapy. In recent years, terpenes have been at the forefront of many clinical studies. Dr Ethan Russo, a renowned cannabis researcher, suggests not only can terpenes play a vital role by tempering with the psychoactive effects of THC, but also create synergy with cannabinoids and even increasing their therapeutic value.[1]

Different terpenes can affect the human body in different ways. One terpene in particular, “beta-caryophyllene” is known to bind to the CB2 receptors in our endocannabinoid system (ECS). It should be noted though that not all terpenes directly react with the CB1 or CB2 receptors, but are known to trigger separate molecular targets in the same pathways.

As medicinal cannabis is still relatively new in the modern medical field, It should be noted that more research is underway to fully understand its synergistic properties with cannabinoids.

Myrcene is one of the most commonly found terpenes in modern cannabis strains. It is well known for its earthy aroma - sometimes referred to as musky or herbally - similar to that of cloves or cardamom. Myrcene can also be found in other plants such as mangos, hops, thyme, lemongrass and parsley.

Akin to its name, Piene can be found in abundance in pine trees. This terpene offers a crisp piney aroma and exists in many plants including rosemary, basil, parsley and dill. Piene comes in two forms - alpha-pinene and beta-pinene, which are often found together in equal parts within cannabis strains.

This spicy and peppery terpene exists in many herbs and vegetables, including black pepper, cloves and cinnamon. Beta-caryophyllene is unique from other terpenes because it’s one of the only known terpenes which can bind to CB2 receptors in the endocannabinoid system. This unique ability may be the reason behind its many potential medical benefits.

As you may have derived from the name, limonene is most commonly found amongst citrus fruits. This terpene provides the rinds of fruits such as lemons and oranges their distinctive citrus aroma. Due to its antibacterial properties and refreshing scent, limonene is often used in household cleaning products and fragrances.

Terpinolene is a pleasant smelling terpene which carries a fresh herbal and floral aroma with a hint of pine. Unsurprisingly, this terpene is found in many fragrant smelling plants such as lilacs, apples, conifers and tea tree. Due to its aromatic profile, Terpinolene is often used as an additive as a fragrance or as a flavouring in the food industry.

Apart from being found in cannabis, Ocimeme also exists in other plants such as oregano, parsley, mint and orchids. This terpene is known for its woody, herbaceous and sweet profile, making it a popular ingredient in perfumes. Ocimene is soluble in organic solvents such as acetone or ethanol.

Humulene was first discovered in the essential oil of hops, the plant which provides beers with the distinct bitter “hoppy” flavour. Besides hops and cannabis, it can also be commonly found in basil, cloves, sage, and coriander. It’s therapeutic properties can be traced back to its use in chinese medicine, such as ginseng - which contains humulene.

When essential oils like lavender oil are used to promote relaxation, it can usually be attributed to Linalool’s sedative effects. This terpene can also be found in birch trees, lavender, jasmine, mint and rosewood. Linalool has a floral aroma profile, and is often used as a fragrance in household products. 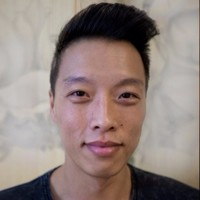 Jason is one of the lead editors and founder of BudHerd. He spends his days writing, designing, developing and researching all things cannabis. Jason is passionate about destigmatising and educating Australians on the therapeutic and recreational values of cannabis.
References
Disclaimer
The statements made on this website are for information and educational purposes. BudHerd and its affiliates are not recommending anyone to use or cultivate cannabis for medicinal or recreational purposes. Please consult with your doctor before using medicinal cannabis to learn about the associated negative side effects. Medicinal cannabis is regulated by the Therapeutic Goods Administration in Australia and more details about cannabis as a scheduled drug can be found on their website.
©BudHerd2020