Home/Articles/What is dabbing and how does a dab pen work?/

What is dabbing and how does a dab pen work?

May 25, 2022 - by Rana Bano
DabbingDabsCannabis
Table of Contents

The growing popularity of cannabis for medical and recreational activities paved the way for the creation of different, more unique ways of using the plant.

Dabbing refers to a method of consuming cannabis extracts also known as dabs. It aims to eliminate any unease usually associated with inhaling cannabis. Also, the psychoactive effects associated with dabbing is known to be far more intense.

In this article, we’ll discuss the basics of dabbing and exactly how a dab pen works.

Before we discuss dabbing, it’s crucial to familiarise ourselves with dabs, and how they are different from traditional dried cannabis flower.

Dabs are a very concentrated form of cannabis and contain around 70% to 99% THC. Solvents like butane or carbon dioxide are used to extract cannabinoids from the flower and sugar leaf.

Terpenes (the aromatic oils that ads smell and flavour to cannabis plants) and cannabinoids are concentrated to create a strong flavourful oil that is highly potent.

The resulting concentrates have different names, depending on their consistency, and are usually smoked by heating them on a hot surface called a nail. Users then inhale the produced vapour through a dab rig, in a similar manner to smoking from a bong.

No, dabbing isn’t a dance move that seems to be all over Instagram and TikTok.

It’s a method of vaporizing cannabis concentrates, which have a much higher potency than cannabis flowers. Dabbing takes advantage of technology for high-intensity consumption, allowing you to extract high-quality cannabis oils to maximise your cannabinoid intake while preserving the extract’s flavour.

As a result, you get faster relief from health conditions, such as insomnia, nausea, stress, chronic pain, appetite loss, and other problems.

Generally, casual cannabis users or amateur smokers find dabbing too strong for their tolerance. But there are many medical marijuana users, who have an unusually high tolerance for THC, and get significant symptom relief from dabbing.

Understanding the different types of dabs

As mentioned before, cannabis extracts can now have different forms. This mostly depends on how cannabis oil is processed after extraction. Even moisture, heat, and terpenes directly affect the resulting form.

Heads Up: Despite differences in texture and appearances, the overall effect of dabs have little variation depending on the strain you use.

That said, here are the most common forms of dabbing extracts.

Wax dabs have an opaque, sometimes sticky appearance. These are formed when the molecules are distributed and refract light, causing the concentrate to lose their translucence. Wax dabs also have a high degree of malleability, making it easy to work with.

Shatter dabs are brittle, glass-like but stable concentrates. Here, cannabis oil doesn't have distributed molecules, which gives it limited malleability when compared to the other types. But it also helps shatter last longer than other consistencies.

Crumble dabs, or honeycomb dabs have a similar colour to that of wax – the former is just drier and less oily, giving it a more solid texture.

Additionally, crumble can be of two types: sugar and wax. Sugar crumble is stickier, as it is more crystallised. Wax crumble, on the other hand, is creamier with a smoother surface.

When concentrates are made with CO2 instead of butane, they end up producing a slightly runny oil that comes in a syringe or a container.

Sap (also known as Resin) is formed when cannabis extracts have high terpene content. These aromatic oils are viscous and thick, which gives it a similar resemblance to that of tree sap.

THC and CBD are common cannabinoids that are chemically removed and purified from cannabis oil. This ends up creating up to 99% pure concentrates that take the form of crystals or CBD powders.

Most dabs are extracted from dry herbs, but this dab variety isn't. Instead, live resin is made from fresh plants that aren’t subjected to the usual drying process. The plant is flash-frozen before the extraction process, retaining much of its original terpene flavour and aroma profiles. Cannabis enthusiasts tend to enjoy dabbing live resin as it provides a more aromatic and flavourful experience.

Rosin is a solvent-less liquid extract, which is produced after using heat and pressure to squeeze the golden cannabis oil from the plant’s bud.

Why do people dab?

People consume cannabis, more specifically THC and CBD, for different reasons. But despite their intentions, people are increasingly resorting to dab smoking because of the benefits it offers.

You see, dabbing has a faster, more intense effect on the user, which is a direct result of its concentrated extracts and its method. At the same time, the resulting impact is dependent on your choice of dosage and concentration.

When you consume cannabis for medicinal reasons, dabbing can be especially beneficial. Not only does the patient get the benefit of cannabis, but the relief is also immediate, aiding to one’s body illness.

Is it possible for you to overdose on dabs?

If you are new to the world of dabbing, you should consider the potency of the THC extracts. It is common for cannabis extracts to test between 60-90% THC. In other words, it won’t take much for you to become profoundly high.

Exceeding your personal limit might make you uncomfortable and overwhelmingly intense, but you don’t have to worry about a fatal overdose from a potential cannabis overdose since it is practically impossible. Nevertheless, it is better to start with a small dab of cannabis concentrate to ensure a more comfortable and positive experience.

We have to point out that the long-term effects of dabbing wax and other concentrates are still vague. Until we get access to more thorough research with regards to long-term risks of dabbed extracts, it isn’t possible to characterise any associated dangers with prolonged use.

What is a dab pen?

If you plan on buying a dab pen, you should consider a few factors, such as battery life, portability, materials, charging options, warranty, and of course, the offered vapour quality.

How does a dab pen work?

A dab pen sits between a vape pen and a dab rig. Its structure includes a chamber (also known as an atomizer) to hold the concentrates, a mouthpiece to inhale the vapour, and a rechargeable battery.

The temperature has a very crucial role to play in how a dab pen works. Plus, you will find different materials in the market – each requiring a different heating level. If the temperature is too high, it might end up burning the material instead of vaporising it. So, you need to be careful when choosing a setting.

If you are using an oily concentrate, try to stick to a temperature of around 230°C to 288°C. In the case of others, 180°C to 250°C is adequate. It is the power button of a dab pen that activates the battery, which then starts heating the concentrate inside the chamber, sending the vapour to the mouthpiece for you to inhale.

Are dab pens legal in Australia?

Dab pens are legal in Australia since they are classified as vaporisers. Hence, you will not face any problem in purchasing or importing these devices.

We should note however - the recreational use of cannabis is still illegal in most Australian states and territories. Even though medical marijuana is legal, getting your hands on prescribed cannabis concentrate products may prove to be difficult. So unless you live in the ACT and are able to make your own concentrates, dabbing might be out of the question for now. 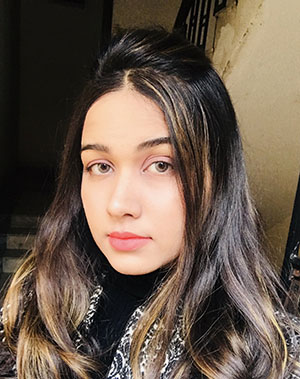 Rana started writing about cannabis when her curiosity was piqued by the medicinal properties the plant is known to offer. Through many hours of research, she has discovered the remarkable value and versatility of cannabis. She now stands as a firm proponent of the world-wide marijuana revolution being witnessed today.
Disclaimer
The statements made on this website are for information and educational purposes. BudHerd and its affiliates are not recommending anyone to use or cultivate cannabis for medicinal or recreational purposes. Please consult with your doctor before using medicinal cannabis to learn about the associated negative side effects. Medicinal cannabis is regulated by the Therapeutic Goods Administration in Australia and more details about cannabis as a scheduled drug can be found on their website.
©BudHerd 2022